This page lists some of the most popular Linux distributions with pre-installed KDE software. We recommend that you familiarize yourself with the descriptions on the project sites in order to get a more complete picture. 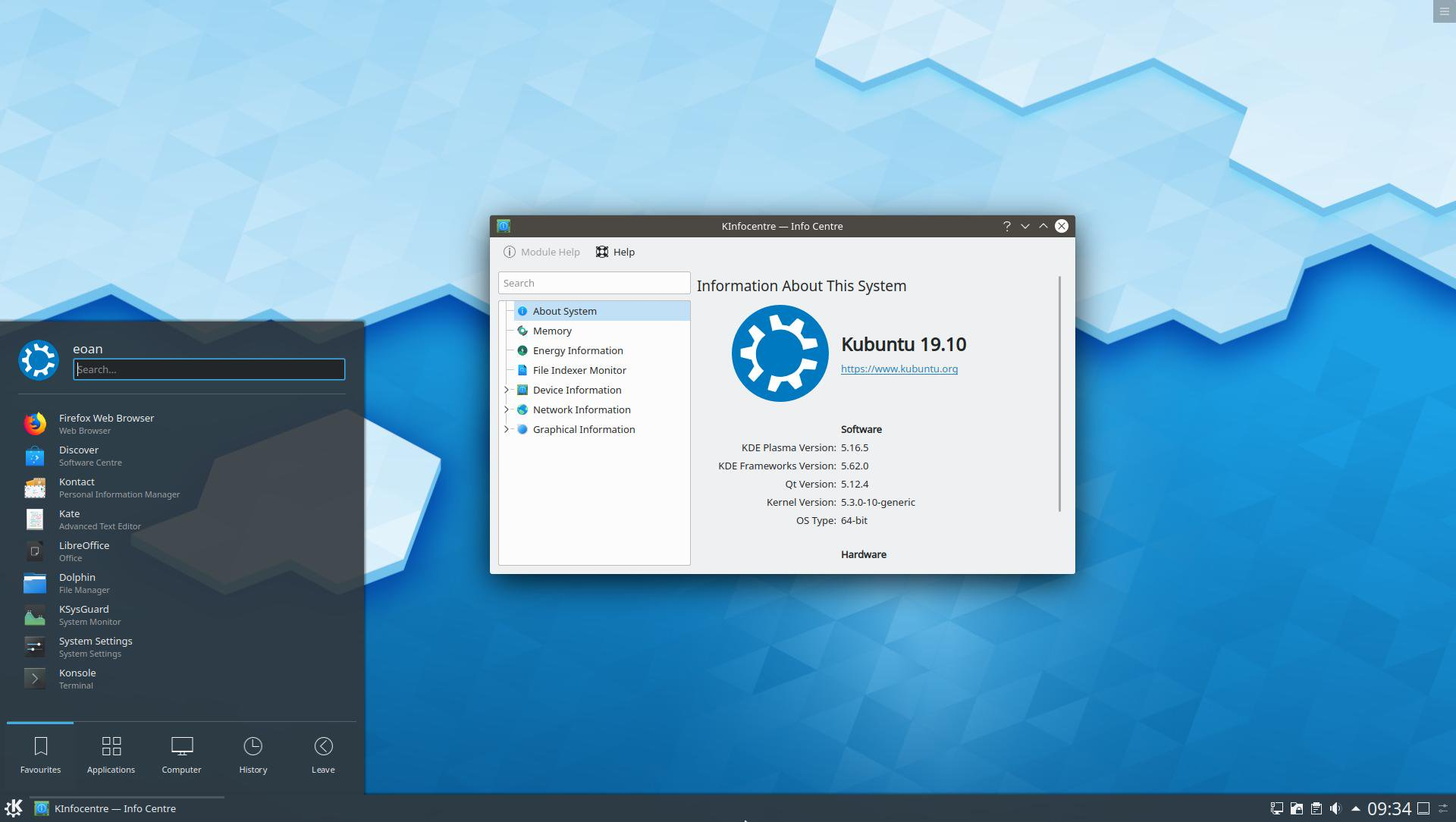 Kubuntu is the Ubuntu version with KDE software by default. Developers strive to provide usability for beginners. The default installation includes many popular programs and a utility for managing drivers.

Canonical, the developer of Ubuntu and Kubuntu, is a KDE Patron. 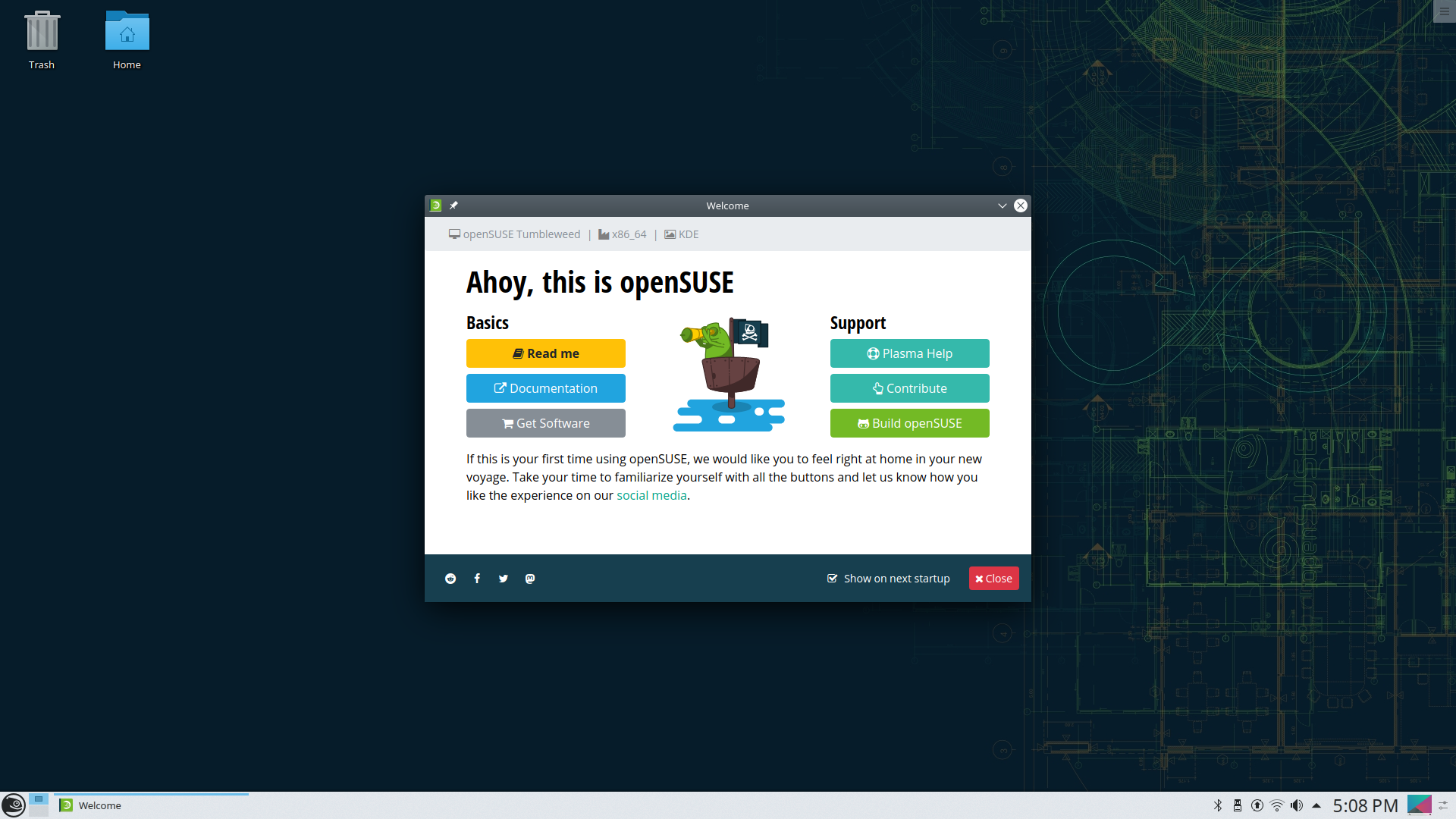 SUSE is a KDE Patron. 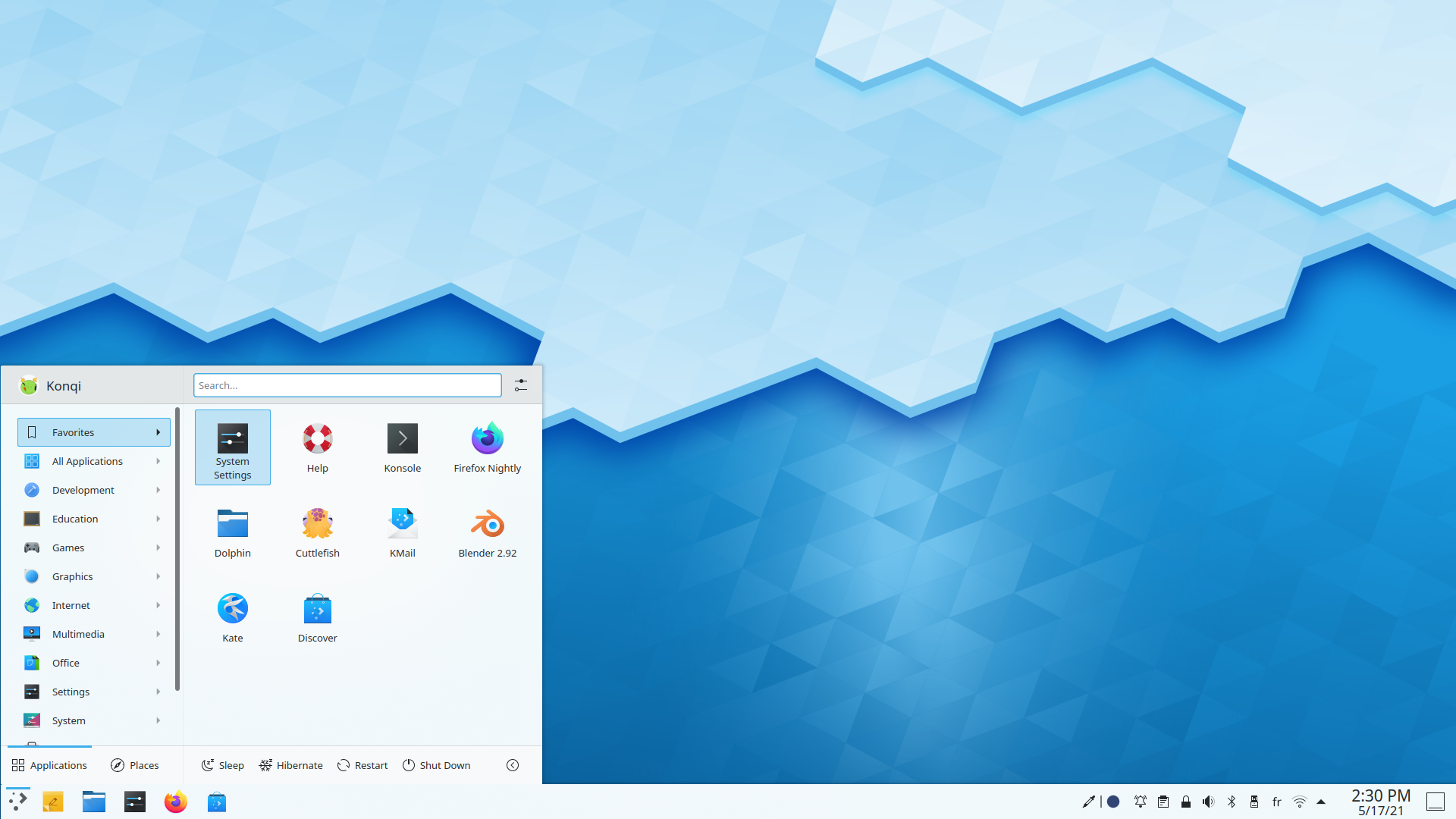 KDE neon takes the latest Plasma desktop and KDE apps and builds them fresh each day for your pleasure, using the stable Ubuntu LTS base.

Most people will want our User edition built from released software, but we also have Testing and Unstable editions built directly from unreleased Git for helping develop our software. It is installable as your Linux distro or from Docker images. 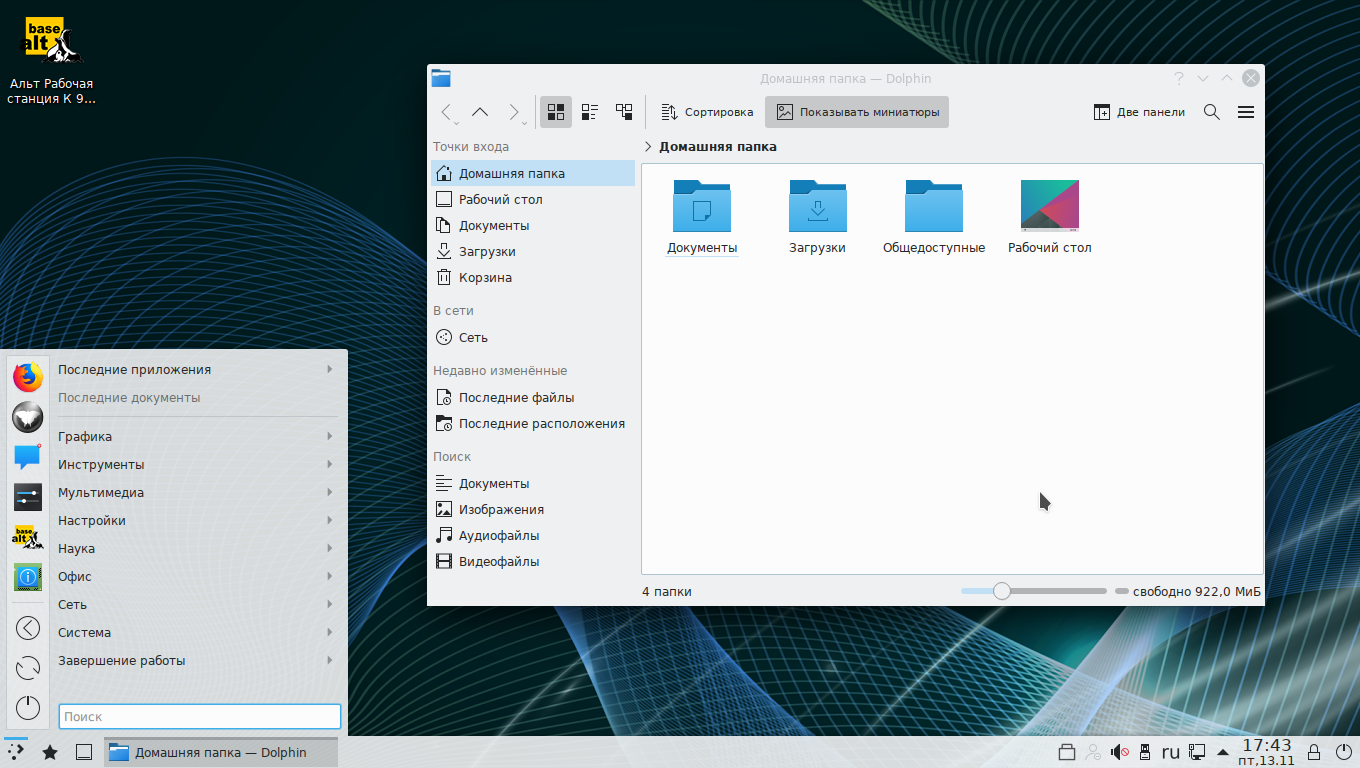 Alt Workstation K is a Russian distribution for organizing end-user workstations and is suitable for use in an office environment as well as at home. This product comes with commercial support.
Mehr dazu 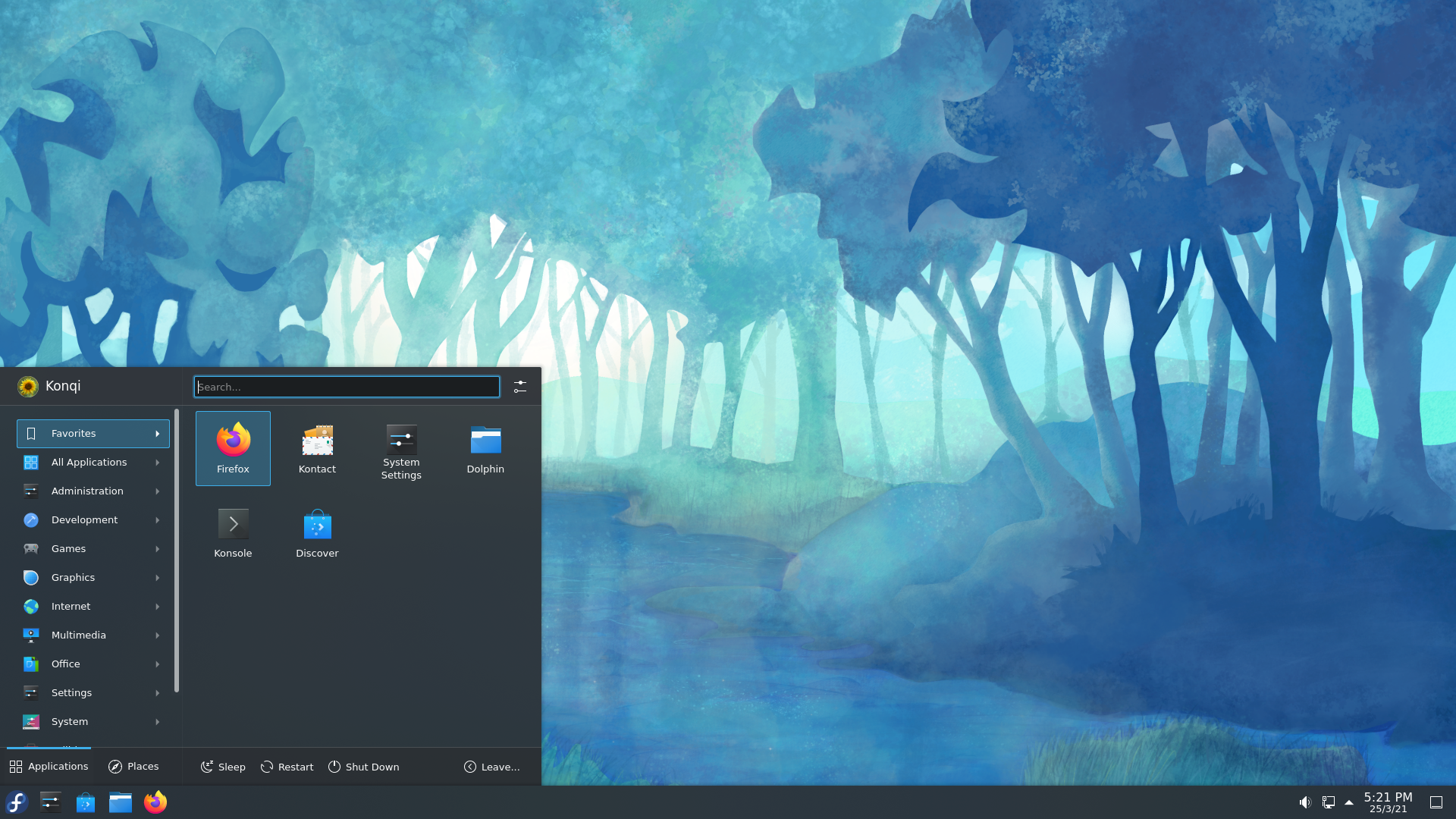 Fedora is a stable distribution sponsored by Red Hat. A new version of Fedora is released every 6 months.
Mehr dazu 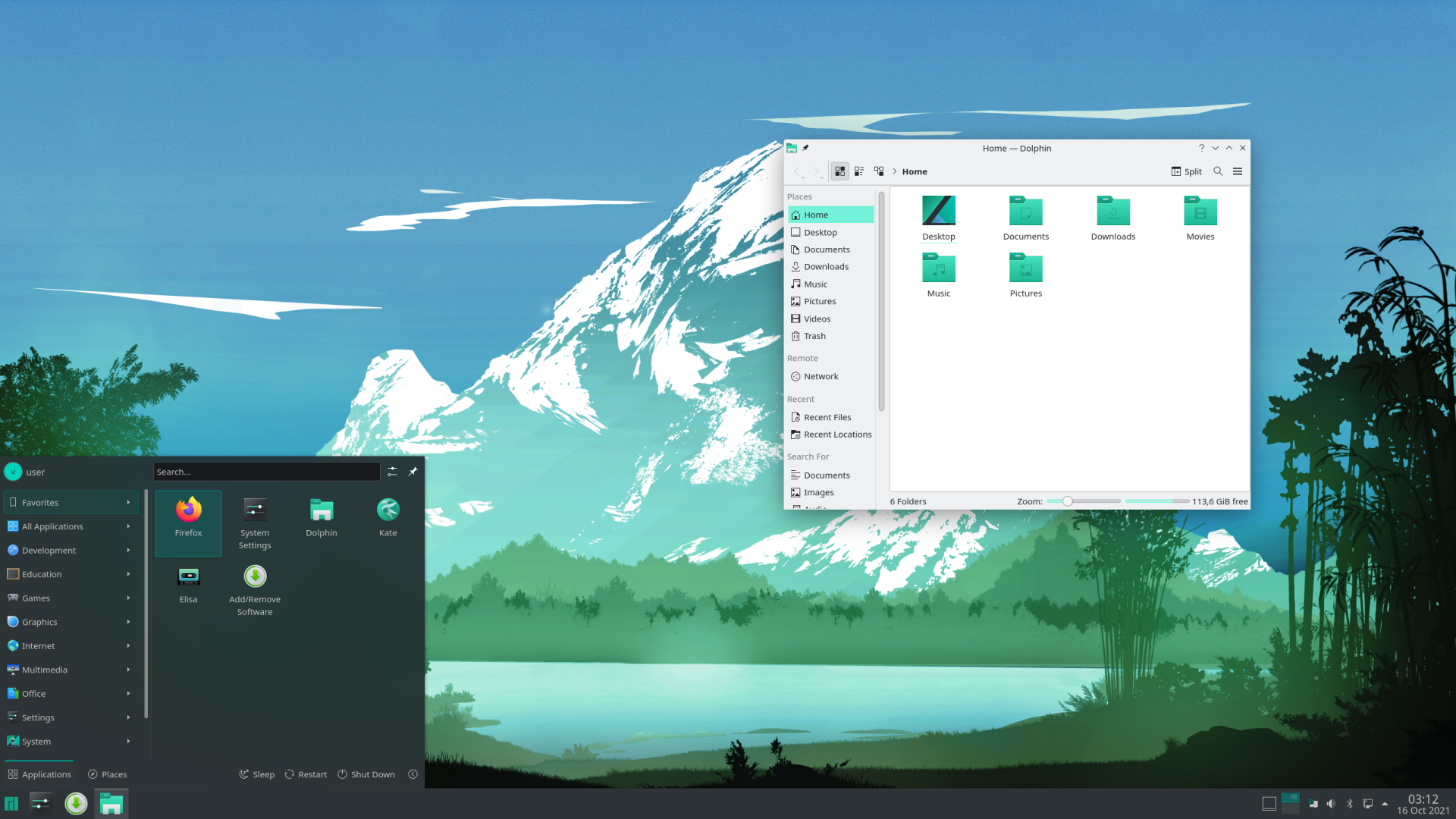 Manjaro is a distribution based on Arch Linux, aimed at simplifying its installation and configuration. The Manjaro KDE version, in particular, is configured to use KDE Plasma and KDE core applications.
Mehr dazu 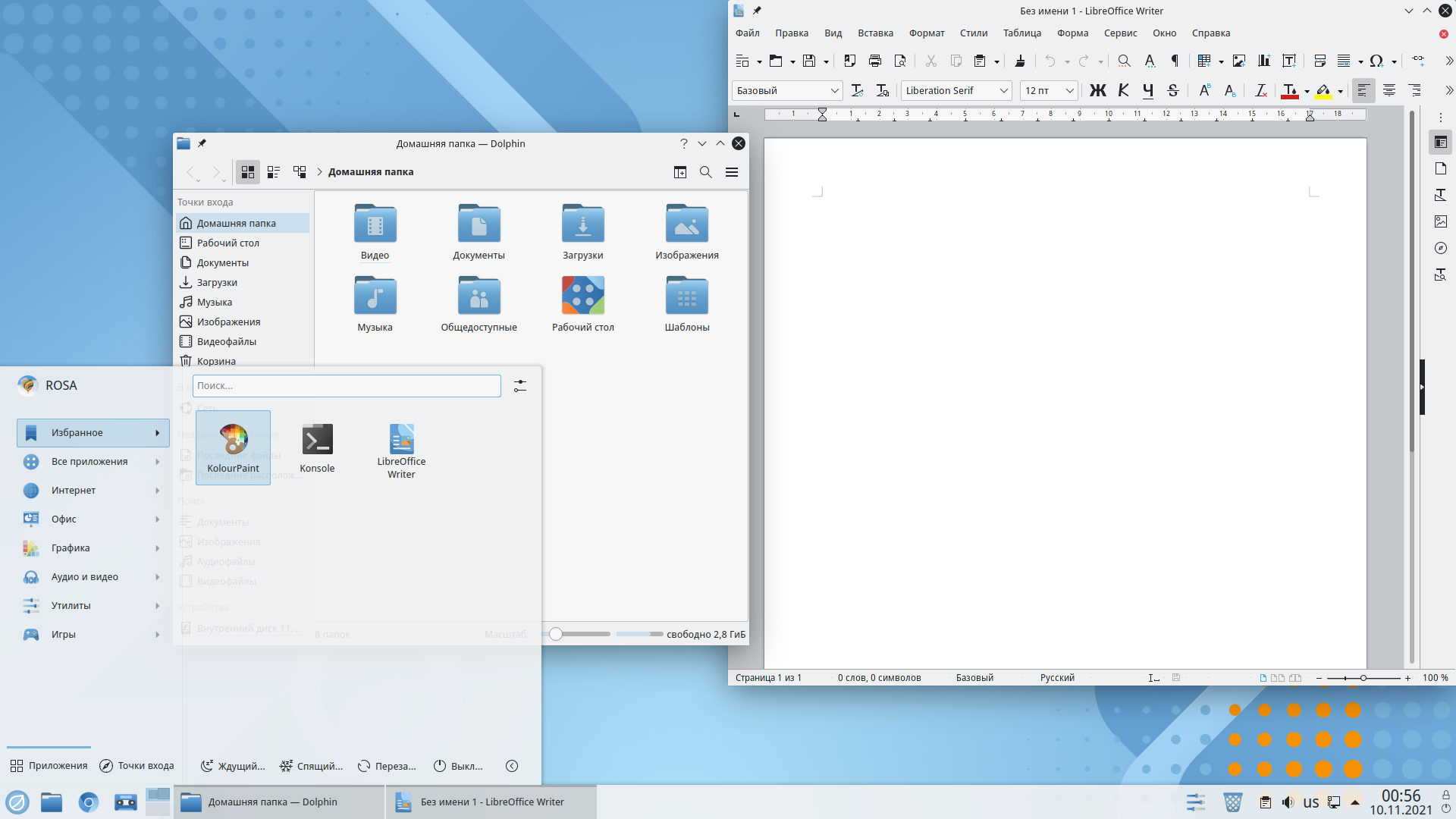 The distribution should also contain installation instructions and a quick-start guide.

You can install KDE applications and Plasma in other Linux distributions and other operating systems. A list of those is available on the KDE Community wiki. You can also buy devices with Plasma.