KDE is happy to announce the immediate availability of version 4.7 of both the Plasma Desktop and Plasma Netbook Workspaces. The Plasma Workspaces have seen improvements to existing functionality, as well as the introduction of significant new features. In particular, these include new interface design methods better suited to touchscreen and mobile devices. 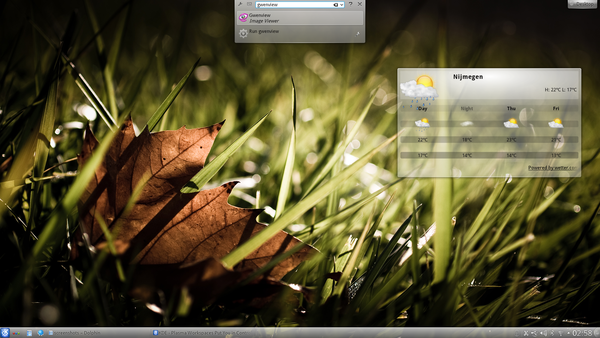 Lots of visual polishing took place with an update to the Oxygen icons, and improved consistency between panel items such as clock and notification areas. Recognizing the modular nature of KDE software and the ability to mix and match applications from many different sources, KDE has also improved the Oxygen GTK themes, making applications from GNOME (and other applications using GTK+) blend seamlessly with KDE applications in your Plasma Workspace.

Oxygen Icons have been touched up

The Plasma Workspaces window manager, KWin, has received extensive cleanup of its code and can now run on OpenGL ES supporting hardware, making it better suited for mobile devices, and also improvements for desktop users. KWin has a new shadow system, improving support for users of older hardware or hardware for which driver support for OpenGL is limited (Xrender backend). KWin's performance improves noticably thanks to numerous optimizations in certain painting operations. 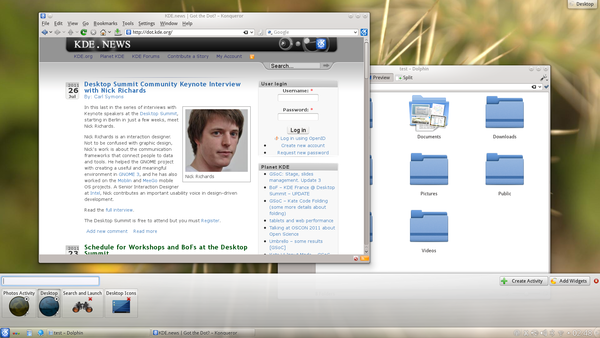 Navigating through applications and recent files is easier with the addition of breadcrumbs to the Kickoff application launcher, helping users to see where they are and quickly back up to higher menu levels. Many other usability and functionality improvements have been made to the Workspaces. For example, Konsole no longer blocks the removal of USB storage devices and KMix has improved PulseAudio support. 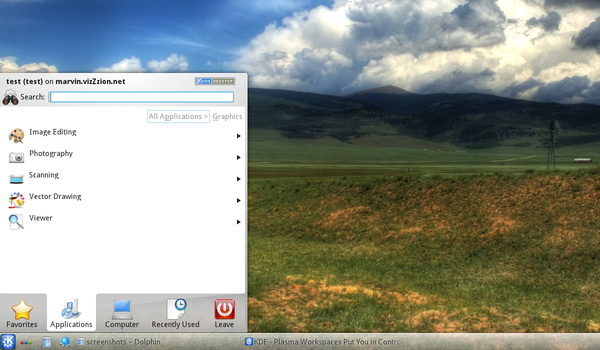