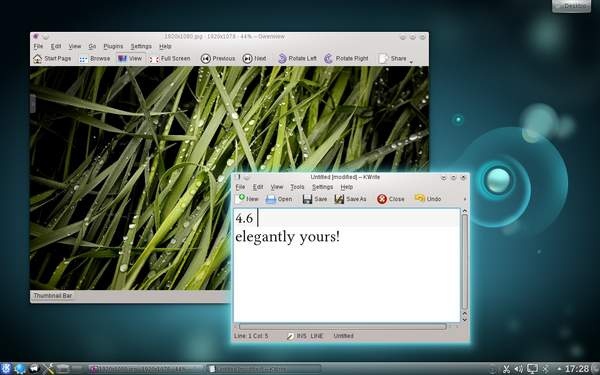 KDE is happy to announce the immediate availability of Plasma Desktop and Plasma Netbook 4.6. The Plasma Workspaces have seen both polish in existing functionality as well as the introduction of significant new innovations extending Plasma's capabilities further towards a more semantic, task-driven workflow.

The Activities system has been redesigned making it easier to take advantage of them. By right clicking to the window title, you can now make applications and files part of an activity. Changing to this activity, the Plasma workspace will show you what you need when you need it. The process for adding, renaming and removing Activities has also been improved. 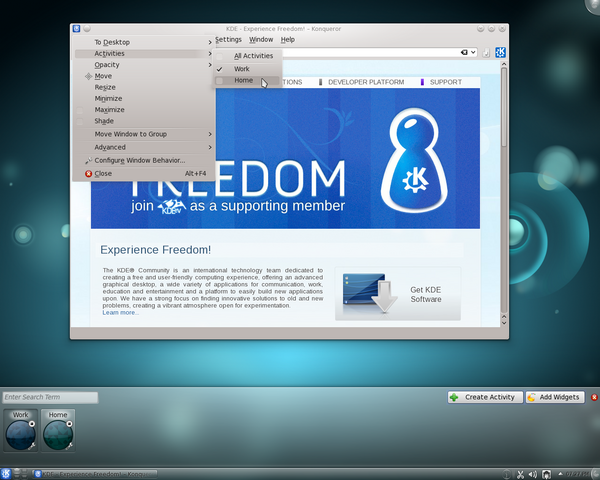 It is easy to associate applications with activities

Power management has been revamped, with shorter and highly modular code (1/10th its previous size) which is easier to maintain and allows plugins to trigger power management features. Power settings are easier to understand and manage with the new configuration user interface. A new ‘Policy Agent’ allows screen inhibition features, such as notifications or the screen turning off while you're watching a movie 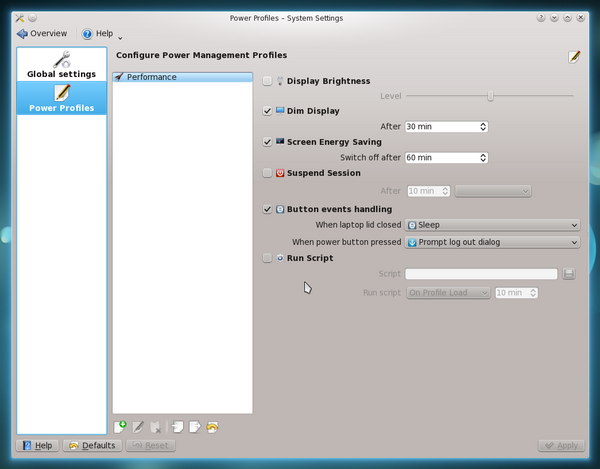 KWin, the window and compositing manager, is faster than ever and works better with more graphics drivers, due to significant optimizations that cache window settings and only refresh the needed areas of the screen. This brings: 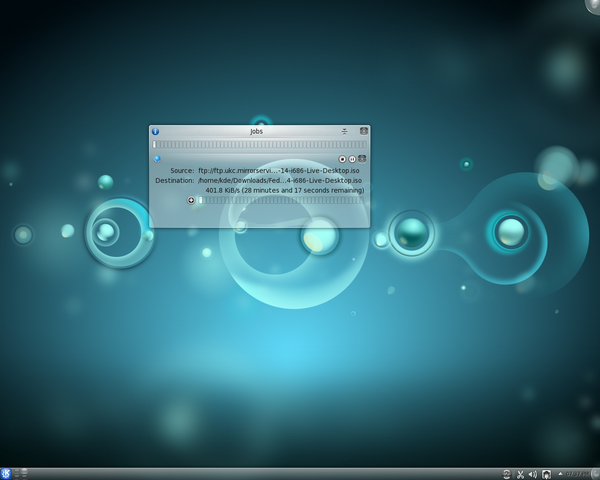 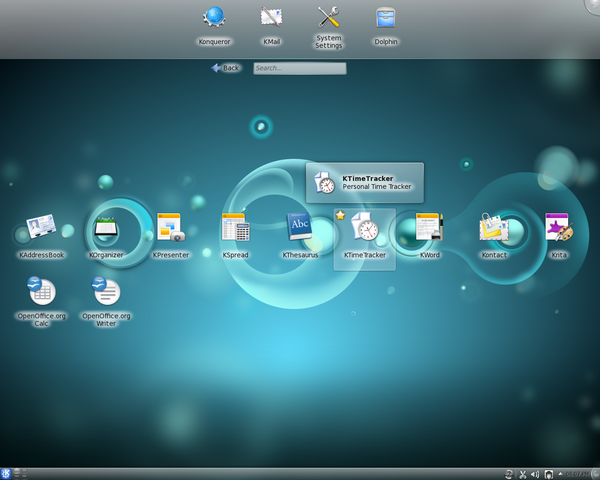 The Plasma Netbook Search and Launch is faster

A variety of other improvements apparent in the Plasma Workspaces include changes to the Oxygen icon theme and better integration of applications not built on the KDE Platform thanks to a completely rewritten Oxygen GTK theme. 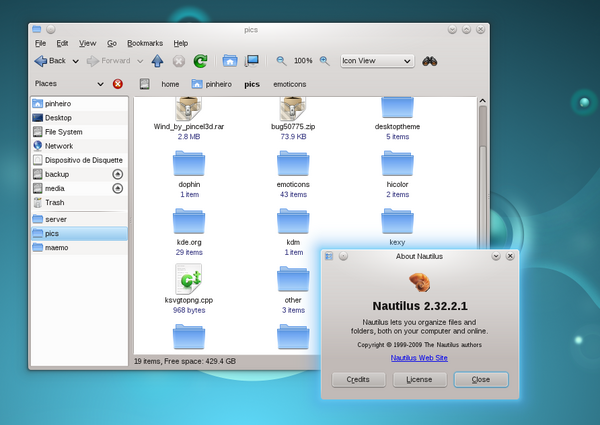 The KDE Platform, on which the Plasma Workspaces and KDE Applications are built also gains new capabilities available to all KDE applications. The introduction of a "mobile build target" allows for easier deployment of applications on mobile devices. The Plasma framework gains support for writing desktop widgets in QML, the declarative Qt language, and provides new Javascript interfaces for interacting with data. Nepomuk, the technology behind metadata and semantic search in KDE applications, now provides a graphical interface to back up and restore data. UPower, UDev and UDisks can be used instead of the deprecated HAL. Bluetooth support is improved. The Oxygen widget and style set is improved and a new Oxygen theme for GTK applications allows them to seamlessly merge into the Plasma workspaces and look just like KDE applications. For more details read the KDE Platform 4.6 announcement.