KDE is happy to announce the release of new versions of many of our applications. From games, education and even small utilities, these applications become more powerful, yet easy to use as they mature in this version. Below are just a few highlights from some of the new applications released today.

The search interfaces of Kfind and Dolphin have been unified in a new, simplified search bar. Faceted browsing makes its public debut in the form of a Filter Panel that enables you to easily browse your indexed files using their metadata. A new sidebar allows for faceted searching, an enhancement to the traditional filebrowsing using metadata as additional filters. 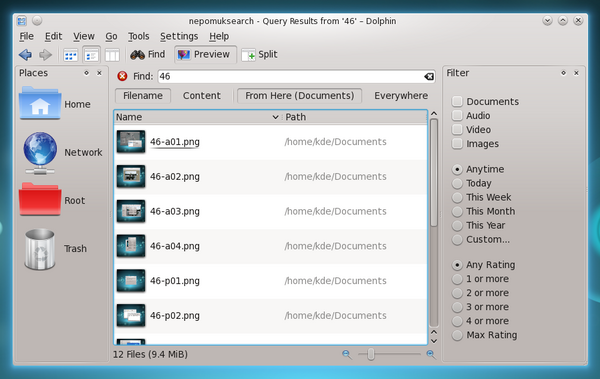 Kate, the powerful text-editor has gained a lot of polish and new features with this release. In particular, this new version offers the ability to:

Gwenview, the KDE image viewer, gets a “Share” button to advertise its abilities to export pictures to popular photo sharing and social networking web sites. 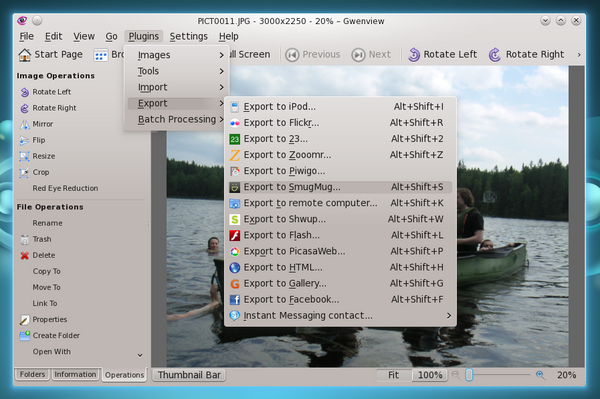 Gwenview can share images to many popular social networking sites

KSnapshot can now lasso regions to snapshot, has an option to include the mouse pointer and also a “Send to” button to instantly share screenshots. 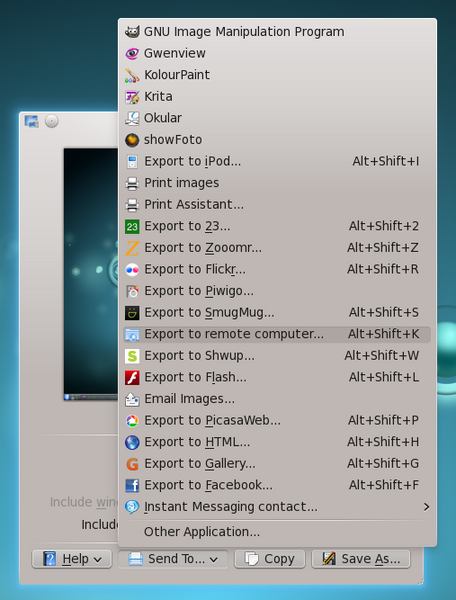 The many other KDE applications updated today also receive new features and numerous bug fixes, while also gaining from the latest improvements in the KDE Platform to enhance speed and stability.

Marble Takes You Home, KStars Renders faster thanks to OpenGL 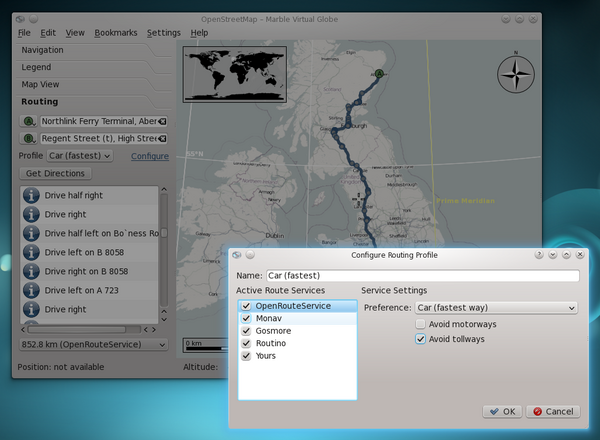 Marble’s advanced routing can use a variety of configurable backends 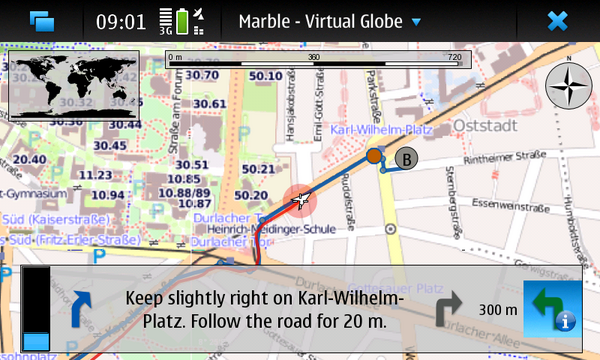 The mobile version of Marble is a capable personal navigation tool 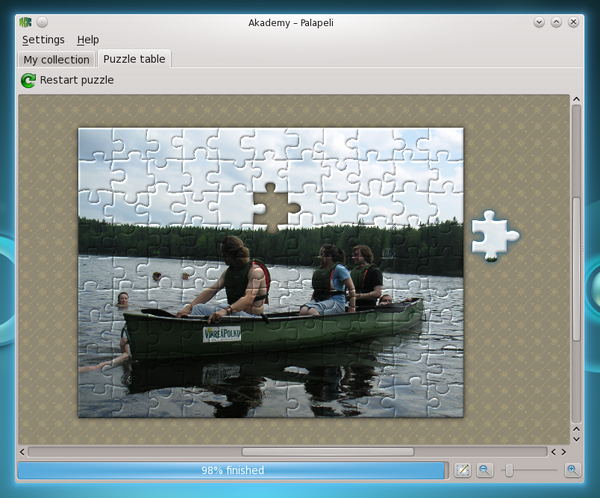 Palapeli, the KDE puzzle game, makes it easy to create jigsaws from your own images

The KDE Platform, on which the Plasma Workspaces and KDE Applications are built also gains new capabilities available to all KDE applications. The introduction of a "mobile build target" allows for easier deployment of applications on mobile devices. The Plasma framework gains support for writing desktop widgets in QML, the declarative Qt language, and provides new Javascript interfaces for interacting with data. Nepomuk, the technology behind metadata and semantic search in KDE applications, now provides a graphical interface to back up and restore data. UPower, UDev and UDisks can be used instead of the deprecated HAL. Bluetooth support is improved. The Oxygen widget and style set is improved and a new Oxygen theme for GTK applications allows them to seamlessly merge into the Plasma workspaces and look just like KDE applications. For more details read the KDE Platform 4.6 announcement.