Today, KDE has released the second beta version of what is to become KDE SC 4.6.0 in January 2011. KDE SC 4.6 Beta2 is targeted at testers and those that would like to have an early look at what's coming to their desktops and netbooks this winter. KDE is now firmly in beta mode, meaning that the primary focus is on fixing bugs and preparing the stable release. Since the release of the first beta two weeks ago 1318 bugs have been reported and 1176 bugs have been closed. Thank you to our testers and developers working on making the final release shine! More testing is in place, however, while the restless developers continue to create a rock-stable 4.6.0. 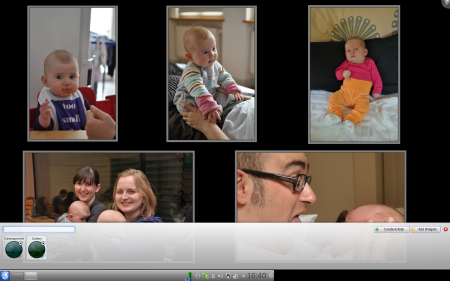 Packages. Some Linux/UNIX OS vendors have kindly provided binary packages of KDE SC 4.6 Beta2 for some versions of their distribution, and in other cases community volunteers have done so. Some of these binary packages are available for free download from KDE's http://download.kde.org. Additional binary packages, as well as updates to the packages now available, may become available over the coming weeks.

Package Locations. For a current list of available binary packages of which the KDE Project has been informed, please visit the KDE SC 4.6 Beta2 Info Page.

KDE is a Free Software community that exists and grows only because of the help of many volunteers that donate their time and effort. KDE is always looking for new volunteers and contributions, whether it is help with coding, bug fixing or reporting, writing documentation, translations, promotion, money, etc. All contributions are gratefully appreciated and eagerly accepted. Please read through the Supporting KDE page for further information.