KDE, an international Free Software community, is happy to announce the immediate availability of the KDE Applications 4.5. Be it the high-quality games, educational and productivity software or the useful tools, these applications have become more powerful, yet easier to use. 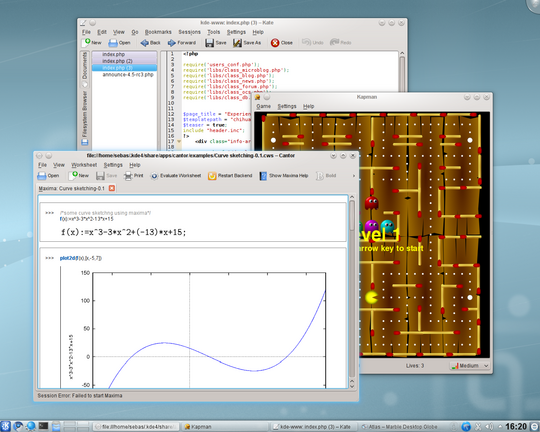 The KDE Applications have been improved in many different areas. Let us highlight a few of the changes which were made. 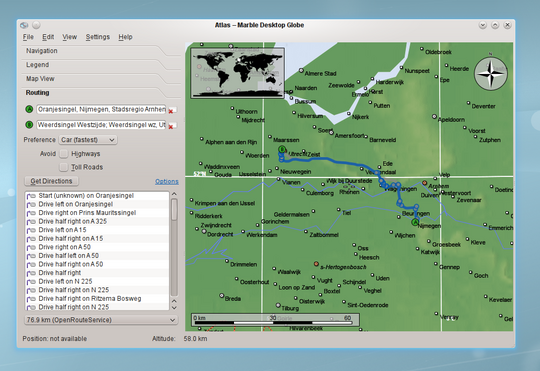 In Konqueror, Adblock lists can now be automatically updated, making for a cleaner web-browsing experience. Users who prefer to use WebKit as the rendering engine can now rely on the KDE-WebKit KPart. Gwenview now runs smoothly without blocking even while applying processor-intensive effects. Its image editing operations now properly retain all EXIF metadata. Gwenview also sees many usability improvements and increased configurability. Finally, KInfoCenter, which gives the user an overview of the hardware and software configuration of his or her system, has seen some major work this release, with usability improvements to its main window and better stability. 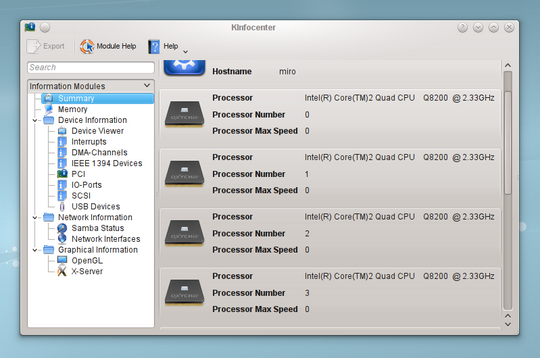 KInfoCenter, which shows information about your system has been visually revamped 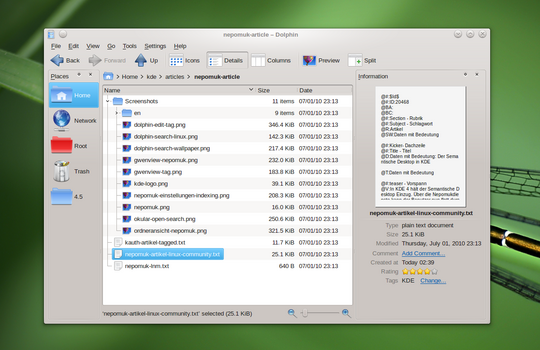 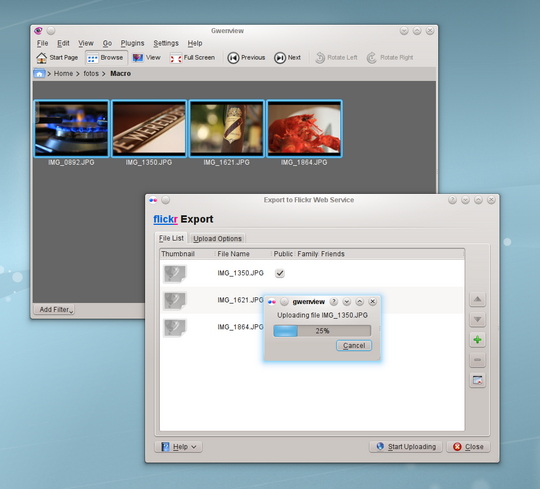 Packages. Some Linux/UNIX OS vendors have kindly provided binary packages of 4.5.0 for some versions of their distribution, and in other cases community volunteers have done so.
Some of these binary packages are available for free download from KDE's http://download.kde.org. Additional binary packages, as well as updates to the packages now available, will become available over the coming weeks.

Package Locations. For a current list of available binary packages of which the KDE's Release Team has been informed, please visit the 4.5 Info Page.

The complete source code for 4.5.0 may be freely downloaded. Instructions on compiling and installing KDE software 4.5.0 are available from the 4.5.0Info Page.

In order to get the most out of these releases, we strongly recommend to use the latest version of Qt, as of today 4.6.3. This is necessary in order to assure a stable experience, as some improvements made to KDE software have actually been done in the underlying Qt framework.
Graphics drivers may under certain conditions fall back to XRender rather than OpenGL for compositing. If you have issues with notably slow graphics performance, switching off desktop effects is likely to help, depending on the graphics driver and setup used. In order to make full use of the capabilities of KDE's software, we also recommend to use the latest graphics drivers for your system, as this can improve the user experience substantially, both in optional functionality, and in overall performance and stability.

KDE today releases the KDE Development Platform 4.5.0. This release brings many performance and stability improvements. The new KSharedDataCache is optimized for fast access to resources stored on disk, such as icons. The new WebKit library provides integration with network settings, password-storage and many other features found in Konqueror. Read The Full Announcement

KDE today releases the Plasma Desktop and Plasma Netbook Workspaces 4.5.0. Plasma Desktop received many usability refinements. The Notification and Job handling workflows have been streamlined. The notification area has been cleaned up visually, and its input handling across applications is now made more consistent by the extended use of the Freedesktop.org notification protocol first introduced in Plasma's previous version. Read The Full Announcement