The KDE Community today announced the immediate availability of "Canaria", (a.k.a KDE 4.2 Beta 2), the second testing release of the new KDE 4.2 desktop. Canaria is aimed at testers and reviewers. It should provide a solid ground to report bugs that need to be tackled before KDE 4.2.0 is released. Reviewers can use this beta to get a first look at the upcoming KDE 4.2 desktop which provides significant improvements all over the desktop and applications.
Since the first beta, which was released less than 4 weeks ago, 1665 new bugs have been opened, and 2243 bugs have been closed. Since the release of KDE 4.1.0, more than ten thousand bugs were closed, showing a massive focus on stability in the upcoming KDE 4.2.0 which will be released in January 2009, 6 months after KDE 4.1. KDE 4.2.0 will be followed up by a series of monthly service updates and followed up by KDE 4.3.0 in summer 2009.

Significant refinements of Plasma and KWin, the KDE workspace

For the 4.2 release, the KDE team has fixed literally thousands of bugs and has implemented dozens of features that were missing until now in KDE 4.2. This beta release gives you the opportunity to assist in ironing out the remaining wrinkles. The KDE release team has put together a list with the most significant improvements in 4.2 Beta 2: 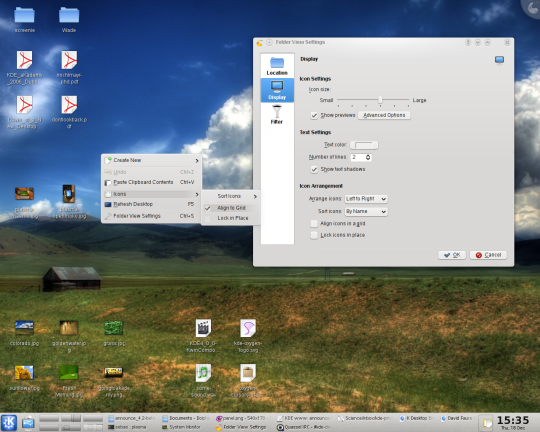 All applications have seen bugfixes, feature additions, user interface improvements and generally received more polish during the last 4 months of development. The following list gives some ideas about the areas of improvement.

This list of new features in KDE 4.2 is not comprehensive yet. Please refer to the changelog for more details. 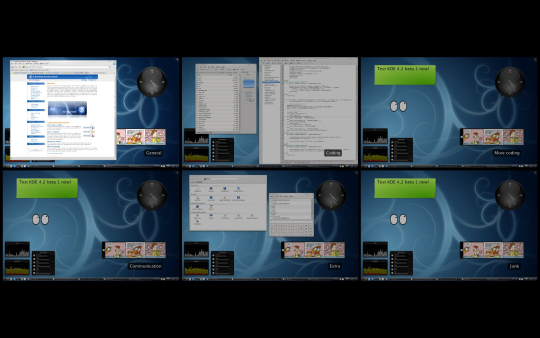 To find out more about the KDE 4 desktop and applications, please also refer to the KDE 4.1.0 and KDE 4.0.0 release notes. KDE 4.2 Beta 2 is not recommended for everyday use. This beta will be followed up by a release candidate on January 6th and the final release of KDE 4.2.0 on January 27th, 6 months after the release of KDE 4.1.0.

Package Locations. For a current list of available binary packages of which the KDE Project has been informed, please visit the KDE 4.2 Beta 2 Info Page.

The complete source code for KDE 4.1.85 may be freely downloaded. Instructions on compiling and installing KDE 4.1.85 are available from the KDE 4.2 Beta 2 Info Page.