The KDE Games community has put in tremendous effort porting and reworking many games from KDE 3 and also adding several new, exciting games to KDE 4.0.
Highlights in the games include more intuitive gameplay, polished graphics and better resolution independence. You can run games fullscreen as well as in small windows.

Most of the artwork has been redone, giving the games in KDE 4.0 a very polished and modern look. 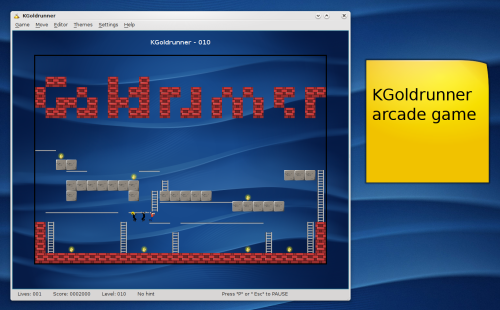 KGoldrunner is a retro arcade game with a puzzle flavor. It has hundreds of levels where pieces of gold must be collected, with enemies in hot pursuit. 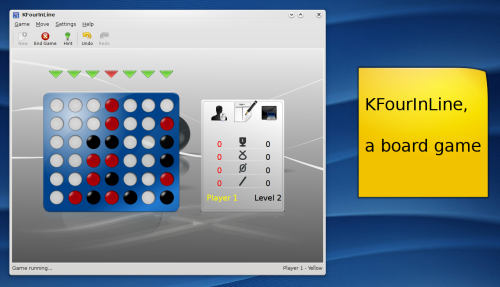 Connect four pieces in a row in KFourInLine

KFourInLine is a board game for two players based on the Connect-Four game. The players try to build up a row of four pieces using different strategies.

Lieutenant Skat (from German "Offiziersskat") is a fun and engaging card game for two players, where the second player is either a live opponent, or a built-in artificial intelligence. 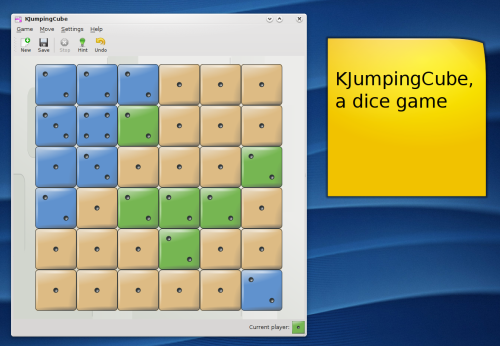 KJumpingcube is a simple dice-driven tactical game. The playing area consists of squares containing points. Players move by clicking on either a vacant square, or on their own square. 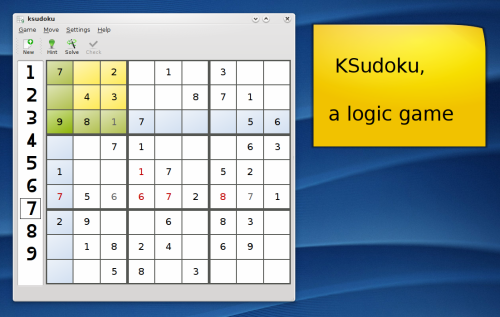 Exercise your brain with KSudoku

KSudoku is a logic-based symbol placement puzzle. The player has to fill a grid so that each column, row as well as each square block on the game field contains only one instance of each symbol. 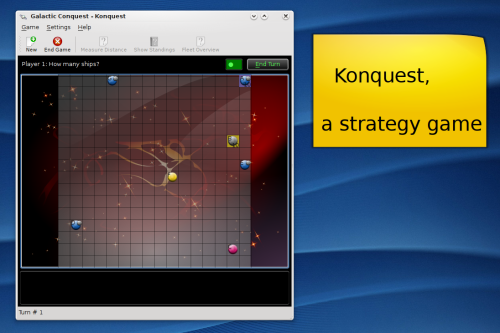 Konquer other planets in Konquest

Players conquer other planets by sending ships to them. The goal is to build an interstellar empire and ultimately conqueror all other player's planets.

You can find more information about the above games and many more on the newly updated KDE Games website.