The KDE Community is happy to announce the immediate availability of the first alpha release of the KDE Desktop Environment, version 4.0. The release is a basis for the integration of powerful new technologies that will be included in KDE 4. It has been given the codename “Knut”. 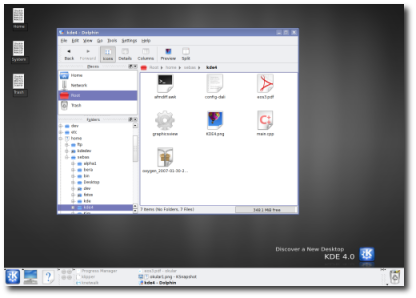 KDE 4.0 Alpha1 marks the end of the addition of large features to the KDE base libraries and shifts the focus onto integrating those new technologies into applications and the basic desktop. The next few months will be spent on bringing the desktop into shape after two years of frenzied development leaving very little untouched.

The final release of KDE 4.0 is expected in late October 2007. The work on the framework makes application development easier and more satisfying. This will result in a crop of new features and applications over the next few years, underlining the position KDE holds as the leading Free Desktop and bringing Free Software to new users world-wide. A detailed release schedule can be found at techbase.kde.org, the new technical resource accompanying the platform, that provides extensive and high-quality documentation about KDE. 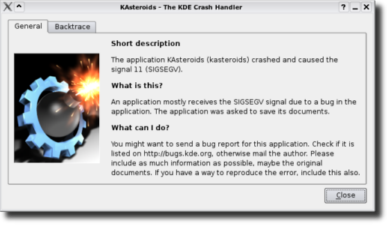 While Alpha1 is nowhere near finished, it includes all of the exciting new frameworks that lift the Free Desktop to an unparalleled level of integration. Areas that need attention include:

Alpha1 comes with Qt 4.3 preview, and most packagers will enable debugging. So you shouldn’t expect it to be fast or stable, nor is it feature complete. But despite all of the things that are still very much a work in progress, there is fun to have and features to see, and you are invited to have a look.

## Sightseeing While you are going to check it out, what are the areas with most to see? Put the KDE Education applications under the microscope, which have made good progress and have received many new features. Have a look at Kalzium and its new 3D molecule viewer. And kick around the KDE Games, which have been updated with features like scalable vector graphics, theme support, better AI and network support and there are already some new ones. The more adventurous might want to step into the KOffice. Not all distributions' packages include it; only openSUSE does and Kubuntu might. The KOffice project will not release its first alpha alongside KDE 4.0 Alpha1. KOffice in KDE 4 is still very unstable, and most things barely work - but still, you can see the effects of the new framework. You can create shapes using vector graphics, text or even music notations, and manipulate them. Each can be rotated or sheared, and can have several effects applied. Don't forget the work on Krita, which also is based on these shapes.

There are things like Marble, a digital globe and map application for KDE, changes in the file dialogs, configuration screens, color picker, font dialogs and dozens of smaller and larger things that make KDE 4 fresh and vital.

KDE PIM’s development continues at an amazing pace, but due to the scope of the changes, including a shared storage layer for all PIM applications, Akonadi, there is not much to see yet and the major changes will first appear in KDE 4.1. Any help would be very appreciated, of course! You could start with the Junior Jobs, or drop by in #kontact on freenode for more info.

Additionally, configuration via KControl is not currently possible. For now, you can use kcmshell to configure KDE instead:
kcmshell –list- gives a list of configuration modules, and
kcmshell fonts style- shows the config dialog with with fonts and style modules. 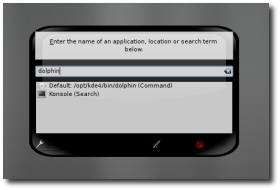 For those looking for eye candy, the new composite-enabled branch of KWin has been merged but the composite features are still disabled by default, and the Oxygen icons are in, but the new Oxygen widget style is still too immature to be included. The basics of Plasma are there (try Alt-F2, and check out the new Run Command dialog as shown on the right), but most of the changes are still only in the libraries, so Kicker, the KDE 3 panel, is still present when you log in. There is a lot too see in the games and educational applications, though, and of course many other things to explore. 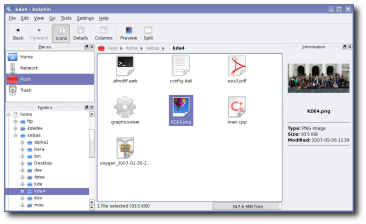 Dolphin is the new KDE file manager. It is under heavy development, but relatively stable, and worth a look. It already uses the Strigi infrastructure for integrated desktop search and meta-data extraction. Also see KSysguard, which has been greatly improved in terms of looks, usability and performance. Developers might be interested in checking out KDevelop’s new features to ease development. The Kross support in KDE 4 has led to Ruby, Python and JavaScript support in more and more applications, like Superkaramba and KOffice. Adventurous types, who compiled KDE from subversion themselves can try some things from Playground, like the new Oxygen widget style.

So if you decide to give it a try, how can you get KDE 4 on your desktop? There are several different ways to get it running, ranging from the easy to much more complex. You could pop in a LiveCD which allows you to test drive Alpha1 with just a reboot. Other options include installing packages for your distribution, using the automated kdesvn-build script, hand build using the source tarballs, or get the freshest code from anonsvn yourself.

At the time of this announcement one KDE 4 based LiveCD is available, appropriately called “KDE Four Live”. It is an openSUSE based LiveCD, regularly updated complete with KDE 4 builds (in this case Alpha1). Special thanks go to Stephan Binner for putting this one together. If you would like a safe way to try KDE 4 without risking any of your system files, this is the way to go. Other distributions’ LiveCDs are in preparation and will be released soon.

Additionally, distribution packages are becoming available. Packages are (or will be very shortly) available for:

Others, like Debian expect packages to take a few weeks to be finished, and we expect more distributions to join this list.

The Fedora KDE team is still busy finishing Fedora 7, and has only some basic KDE 4 library packages available. These libraries are mainly intended for developers so they can easily work on KDE 4 applications. But Fedora is highly committed to KDE and is expected to release the next major Fedora release (Fedora 8) with KDE 4, probably making them one of the first major distributions to include KDE 4. Meanwhile, thanks to the hard work of the Mandriva KDE hackers, led by Laurent Montel, Mandriva users have been able to test KDE 4 packages from Mandriva’s Cooker development tree for quite some time. They are preparing a LiveCD with KDE 4.0 Alpha1 + Nepomuk development for the end of May - watch dot.kde.org for details. Mepis founder Warren is discussing a special KDE 4 LiveCD to show their support, information can be found here. And don’t forget the people from Ark Linux, another KDE-minded distribution. They, too are working on a KDE 4 LiveCD and packages. Their development tree will switch to KDE 4 as soon as 2007.1 is ready, and they plan to release the 2007.2 version on the day of the KDE 4.0 release. 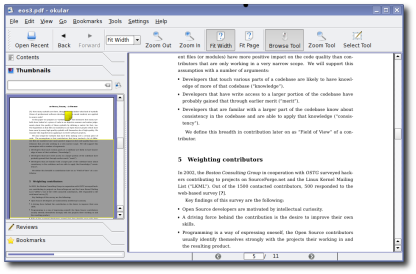 Michael Pyne has been working hard on the kdesvn-build script to get it into shape for Alpha1. It is available here. This program is useful for building KDE from sources automatically, not just for the alpha release. For those of you who would like to stay up to date with KDE 4 development, but do not want the hassle of manual compilation, this script comes highly recommended.

If you don’t like the scripted approach, you can snag the Alpha1 source tarballs from the KDE servers or use the techbase instructions to build and setup your environment.

This release of Alpha1 contains many new KDE technologies, including some very broken ones that will be vastly improved as the march towards 4.0 proceeds. Most importantly though, the KDE libraries have largely stabilized, and will be entering a soft freeze later this week. This means that the underlying core is mostly complete for 4.0, and the focus can now shift towards the applications and workspace environment without their developers having to worry about shifting APIs.

Of course this is only a brief (and nowhere near complete) overview of the exciting new stuff in KDE. We hope you enjoy the experience, like what you see, and will help us improve what you don’t like!

Written and illustrated by Troy Unrau, Jos Poortvliet, Sebastian Kügler and Will Stephenson.